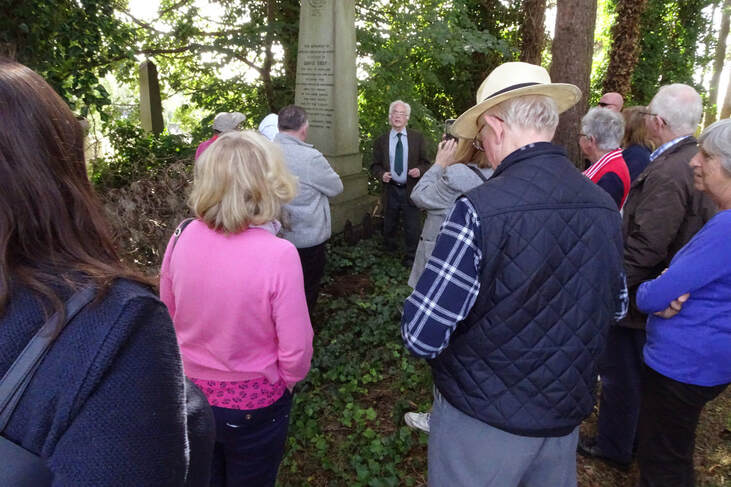 Photo © Matt Wilson: Don Martin on Merkland poet David Gray, author of The Luggie And Other Poems, who died of consumption in 1861 aged only 23

Saturday 7 September 2019 was Doors Open Day – that annual opportunity to glimpse into buildings and places you'd normally walk by. Of particular relevance to Watersiders was a tour of the Auld Aisle Cemetery by the Kirkintilloch & District Society of Antiquaries. Local historians Don Martin, Ivan Ruddock and Ros McMeekin guided walkers around the graves, bringing their occupants to life with colourful stories and fascinating insights.

We learned of the resurrectionists, who spirited away bodies for use at Glasgow Medical School (and one of whom was nearly strung up by Waterside folk). Had Jamie Mackenzie, missing assistant to local carrier Arthur Walker, ended up on the dissection table? And there was Alexander Bain, inventor of the electric clock and now recognized as the father of television; also poor Archibald Scott Couper, who missed out on recognition for his ground-breaking work in organic chemistry thanks to his employer's failure to submit his paper on carbon atoms to the French Academy of Sciences in due time (meaning that August Kekulé got in first with his similar theory).

Tales were also told of Sandy Taylor and his canal-side hostelry (now Nonna's Kitchen); James Aitken and the pleasure cruises from Port Dundas to Bowling on the Gipsy, May and Fairy Queens; the good works for the poor and sick by philanthropist Beatrice Clugston, whose memorial was stripped of its bronze by modern-day grave robbers in 2012; the much-respected Father Bonnyman from Enzie (fascinating that the z in Enzie and Lenzie was originally ȝ or yogh and therefore pronounced differently); and John Ferguson and his fight to keep the public right of way between Waterside and Lenzie as well as to win home rule for Ireland. Then it was on to the site of the much-lamented Spiders Bridge, where Edward Z Smith spoke of how local people stormed the Woodilee gates (peacefully) to keep their right of way through the grounds, and the Act of Parliament that set the Spiders Bridge construction in train. He also showed two of his well-known images of the bridge and some perfectly preserved pieces of it that give the lie to its having been demolished for safety reasons.

If the Kirkintilloch & District Society of Antiquaries ever do another such tour, don't miss it. 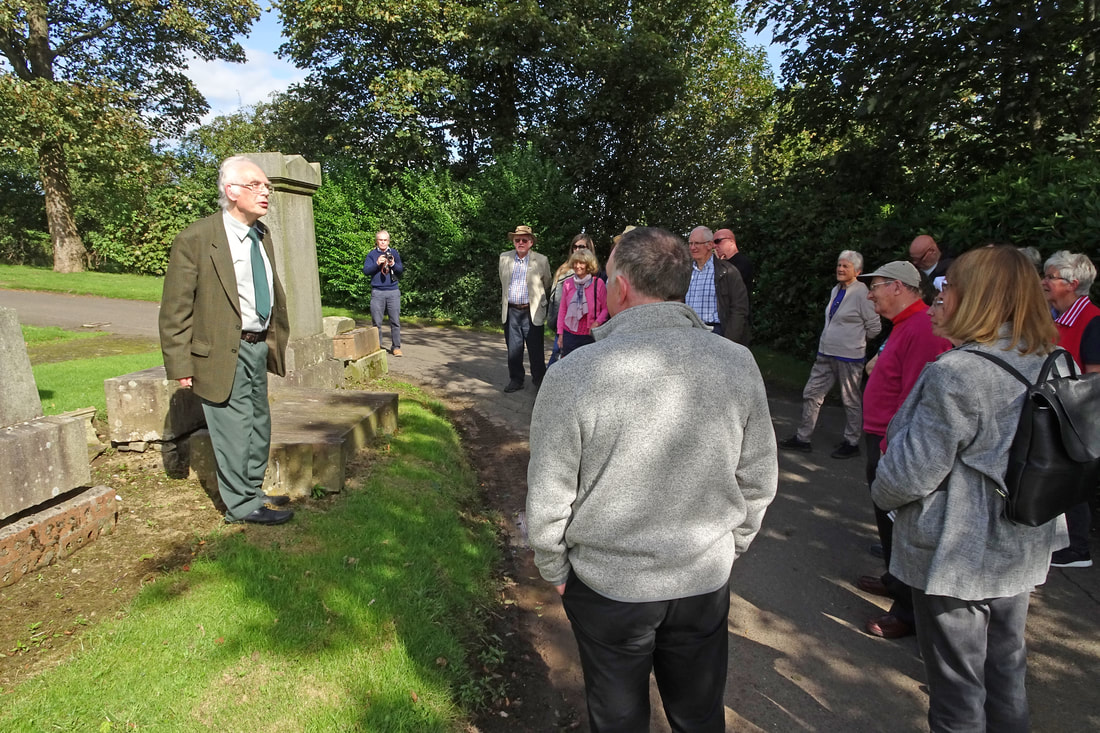 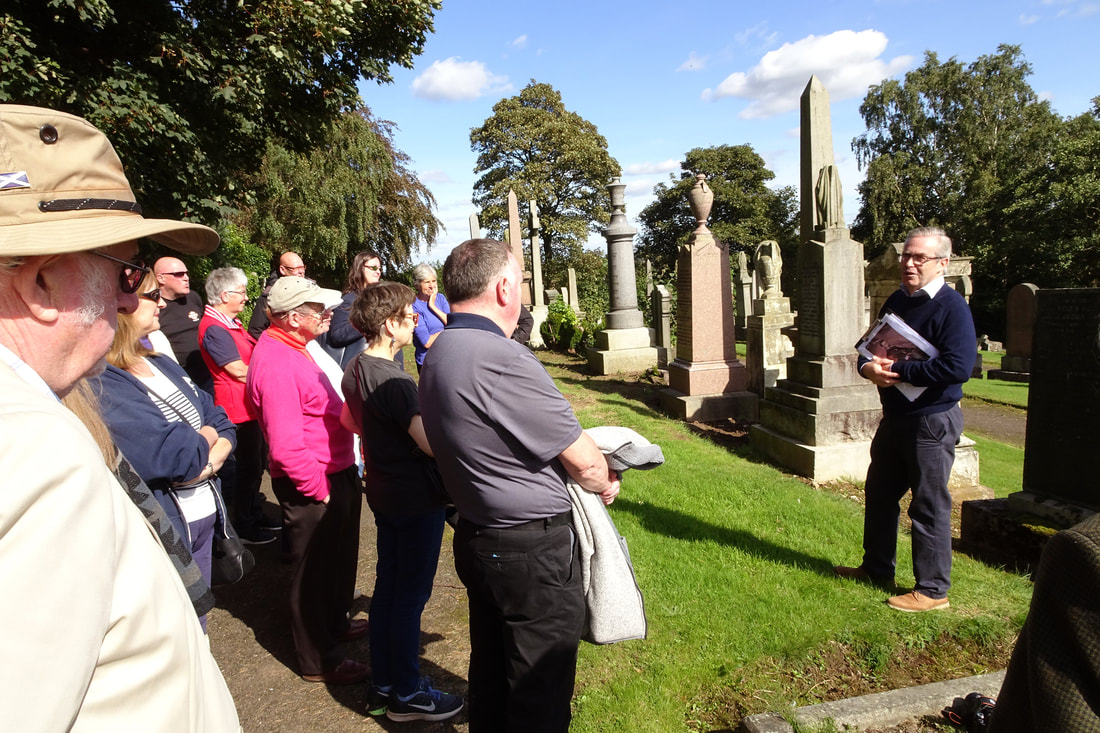 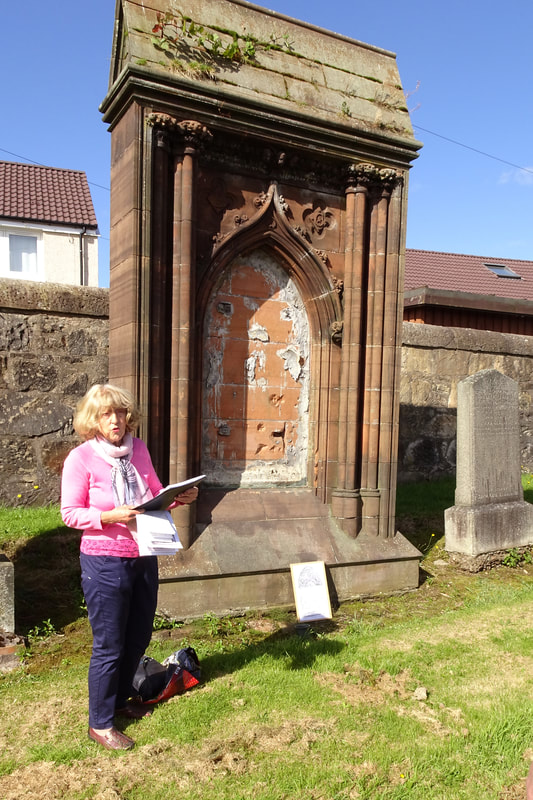 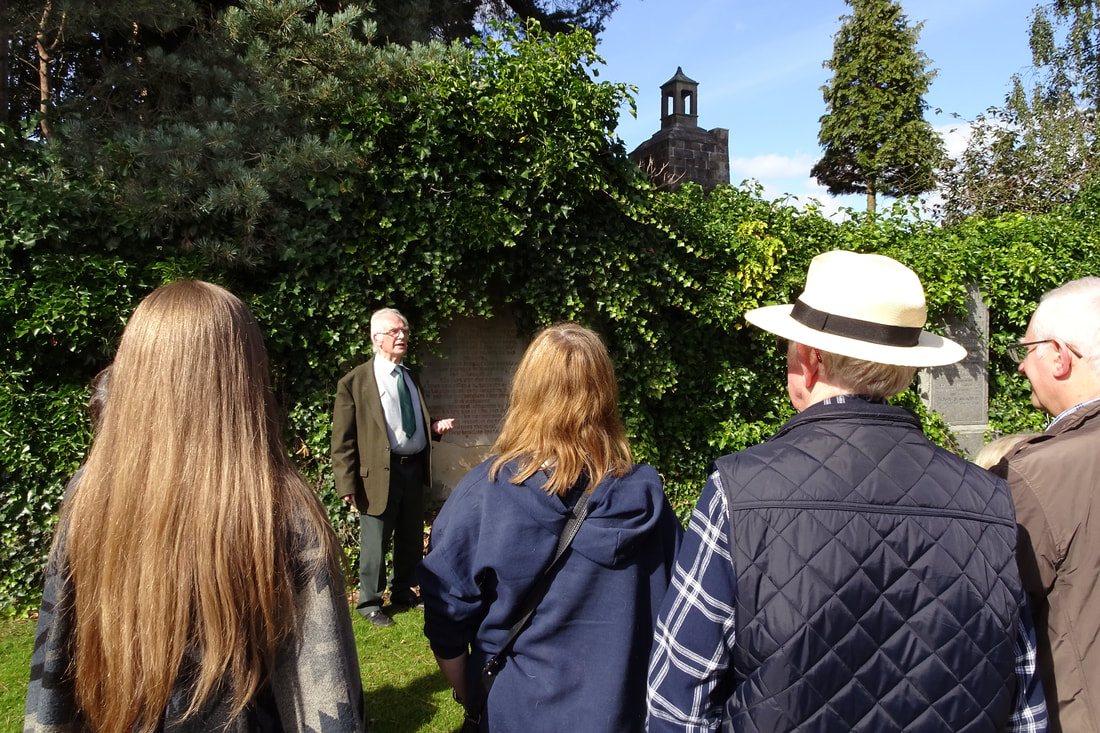 Below are photos taken by Edward Z Smith of some of the landmarks, graves and views that were seen on Saturday's Auld Aisle tour. The first shows the watchtower and belfry at the entrance to the cemetery. Relatives may once have stayed on guard there to keep the bodies of their loved ones safe from the dread bodysnatchers. 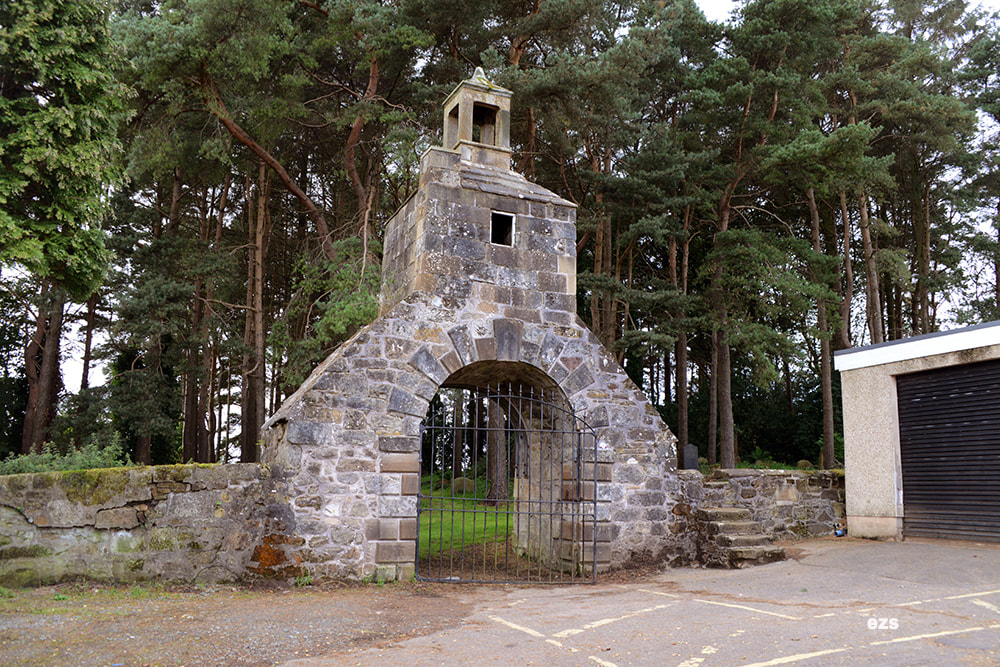 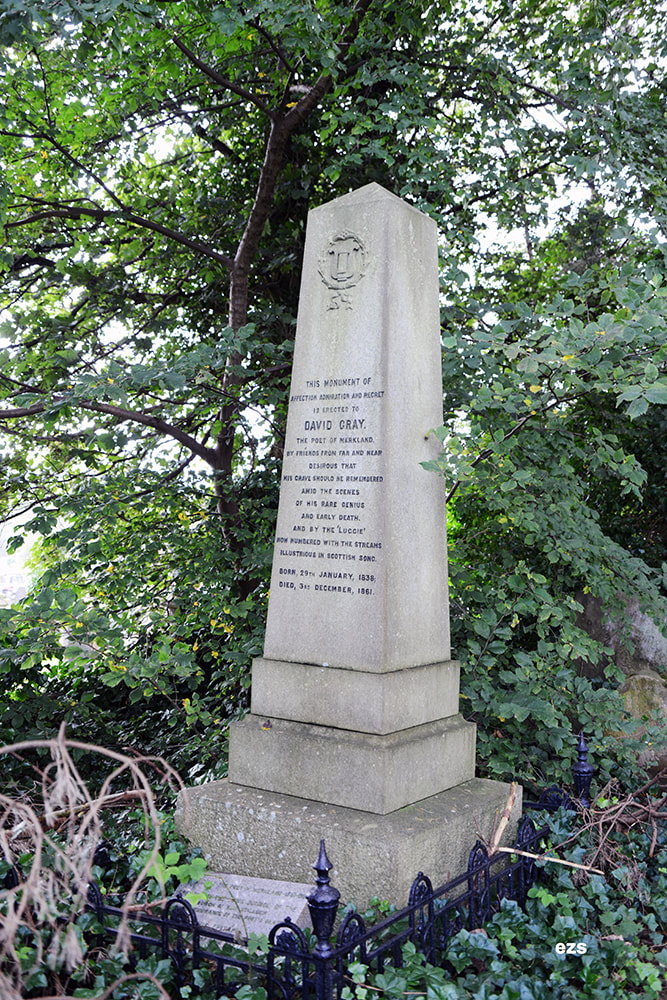 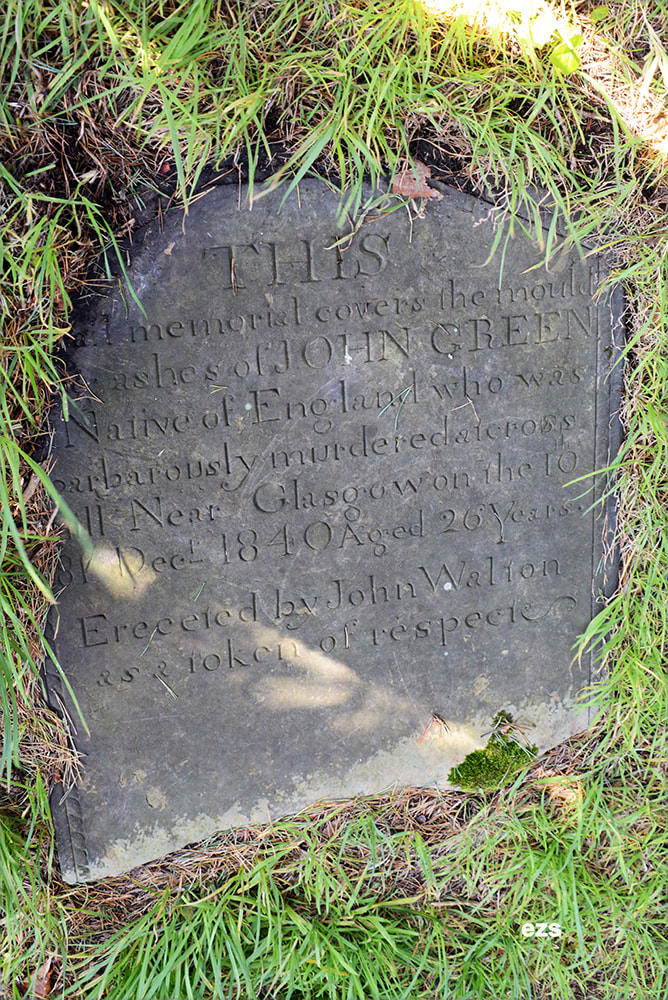 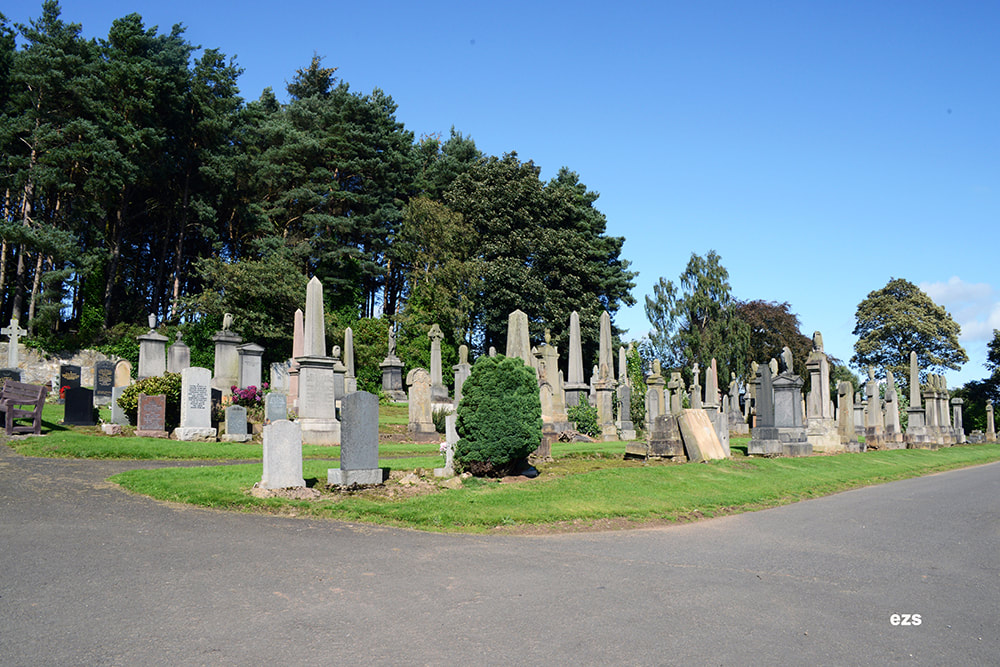 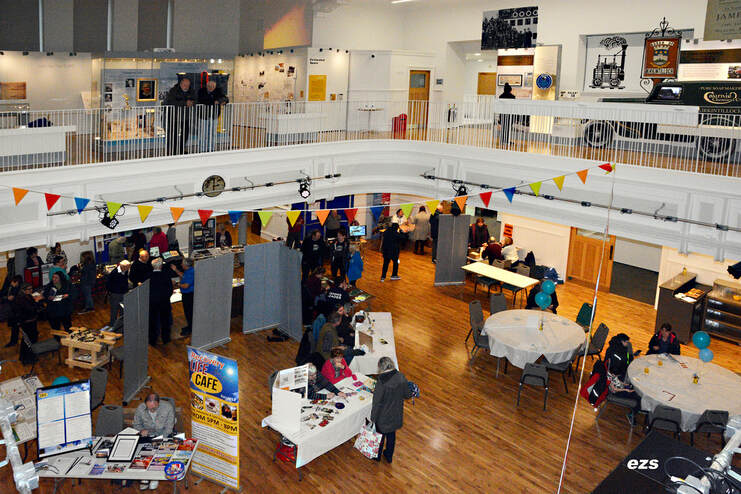 On Saturday 26 January 2019, the Kirkintilloch Town Hall Fayre provided an occasion for local clubs and voluntary groups to tell people what they do and give them an opportunity to join and take up hobbies, learn new skills and meet like-minded people. (See above photo by Edward Z Smith).

Among the groups exhibiting were those listed below.