Waterside people know that the children currently using old and dilapidated facilities at Merkland and Campsie View need a new school. Waterside people want them to have a new school. However, we don't believe it should be built on the well-used Waterside playing field, since that would involve taking away a well-used and much-loved amenity and leaving existing users with nowhere to go. It isn't as if there is no alternative.

Attendees at council consultations about the new school were told Merkland and Campsie View staff and parents had chosen Waterside playing field as the site for their new school, which suggests there are alternatives. In fact, Waterside came only sixth in a list of possible sites drawn up by the council (and this list was incomplete - a site at Whitegates has recently undergone testing as a potential site for the school, but it hadn't even been on the original list; how many other such sites in the council ownership might there be? Not to mention sites the council could buy.

So what is so special about Waterside playing field, and why don't we want it to be used for a school and the car park this would require?
There is only one outside space suitable for community gatherings in Waterside: the playing field
If East Dunbartonshire Council builds on this one community outside space, it will be goodbye to outdoor village gatherings such as Waterside Village Fest 2018 (pictured here). Waterside has been bringing back traditions such as the Waterside duck race over the last couple of years or so, and this was the latest to be revived.

If we keep our playing field, this modernized Waterside gala will once again be an annual event to be enjoyed by our community and the communities around us.

There is a really good all-grass football pitch on Waterside playing field, and it's used all season 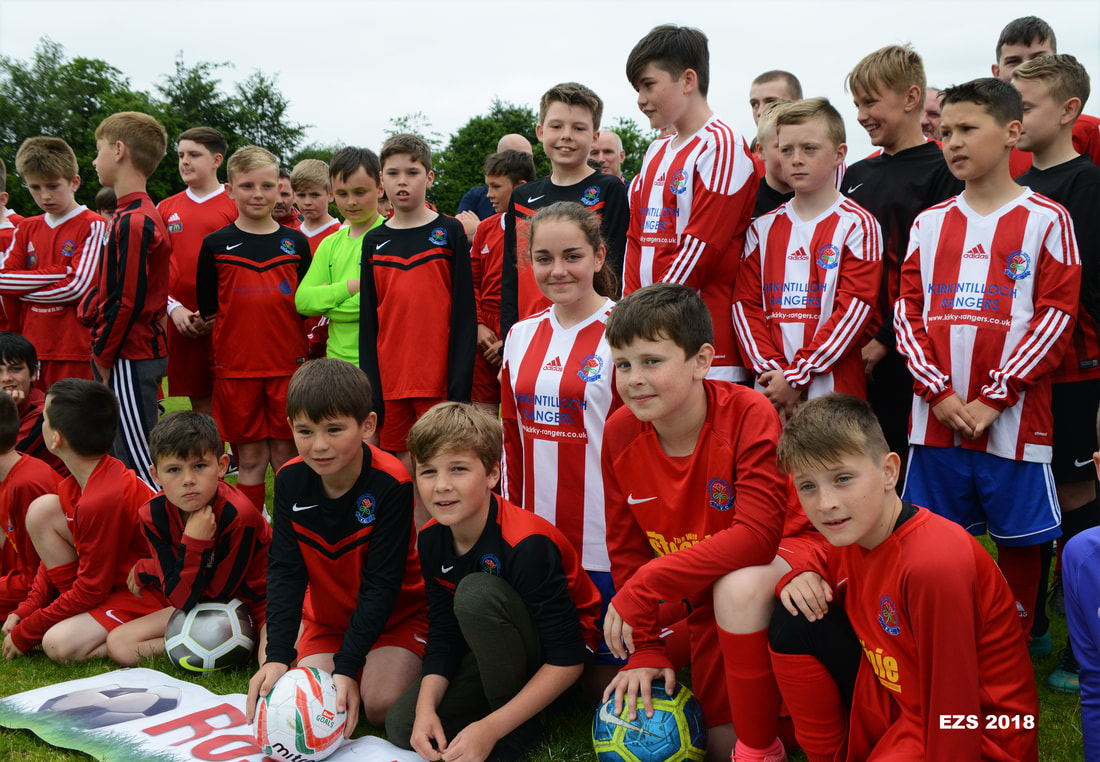 Amateur football teams use Waterside football pitch throughout the football season. It's a quality grass pitch, expensively drained some five years ago (at a cost of at least £100,000 of taxpayers' money) and is one of only four such good pitches in East Dunbartonshire. Hiring outside grass pitches costs a third of the price of hiring 3G ones. So amateur football teams, such as Rosebank United, believe they would be unable to continue if they lost this affordable playing area.
Waterside children play on Waterside playing field; Gartconner children do cross-country training here 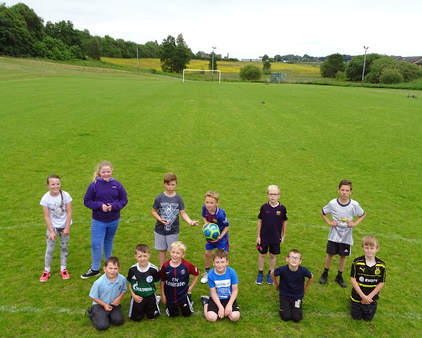 Waterside children play on Waterside playing field - it's a safe enclosed space where they can play unsupervised. As they don't have to cross any dangerous roads to get there, many gain their independence walking up to the park on their own. The council took away their swing park to build on a few years ago, and the promised replacement was a miniscule under-fives' facility instead, so this space is their space. Children should surely be encouraged to run around on their playing field as an alternative to fiddling with their electronic gatgets and chatting on social media: obesity is a growing problem; a lack of outside activity may be a factor in a number of medical conditions; and overuse of electronic gadgets and excessive online activity is damaging mental health. Government policies already recommend building in open spaces in developments. So taking a community's only exercise space away seems a very backward step.